We have very exiting news for you. Starting next week, the 16th of march we have a NEW training hour on tuesday. Not just another training we already know, but a brand new training type. We are going to train on track on this new tuesday training. This will be on the track of WV Ede.

During this training hour their will be a focus on interval and high intensity training as well as more bike handeling and cycling technique. This is really an addition if you want train for your first student cup, train full power, what is not safe possible on the road or inprove your bike handeling.

This training will be an addition to our normal training hour on monday and wednesday. These will continue as soon as possible.

You can subscribe to the trainig on our event page

Previous weekend our Hellingprofs kicked off the touring season in the Elfstedentocht! Eh, I mean Elst-Ede-tocht. In this 100K ride they passed Elst (GLD), Elst (UT) and Ede. Just like in the real Elfstedentocht, the route was variable and had tiny roads, long straight and boring strokes with headwind, sometimes you had to go straight through a village and of course there was a stop with Koek en Zopie! In groups of two (=coronaproof!) the Hellingprofs started each 15 minutes at sport centrum the Bongerd to minimalize the chance of blending with other duos and forming a peloton. Then the tour could begin! First they went to Heteren, crossing the river Rhine and entering the region Overbetuwe. The Hellingprofs had to endure some cobblestone paths in Elst (GLD) as the route was straight through the village! After that they came along the Betuwelijn, then went back towards the river Rhine and via the dykes entering Rhenen. Until then no elevation, just easily warming up. But then they entered Utrecht and its forestry and hilly environment. Luckily our Hellingprofs didn’t had to endure this very long because the koek and zopie was close-by! The estate Zuylestein in Leersum kindly let us make use of their beautiful garden where our cyclists could take a rest after their first 65K. Our balhoofd Jetze baked a very tasty apple pie and Vera showed off with a 10L pan filled with snert (typical Dutch pea soup). Since Hellingproof was allowed to make use of the kitchen everyone was provided with hot snert, coffee and a piece of apple pie. They sat there out of the wind, with the sun in their faces: they never looked happier. It felt like summer, like touring!

After the refueling, our heroes went off again, via the dykes to Wijk bij Duurstede and then conquering the hills in Amerongen. Finally they reached familiar ground again when seeing the road signs “Veenendaal” and “Ede”. When finished in Wageningen, some of them even bought an ice cream! If that isn’t a perfect way to close the day… We are all looking forward to the rest of the upcoming touring season, but nobody will take this day from us anymore. For one day we had the luxury of riding a tour with a cafe-like stop in between, everything almost felt normal again 🙂 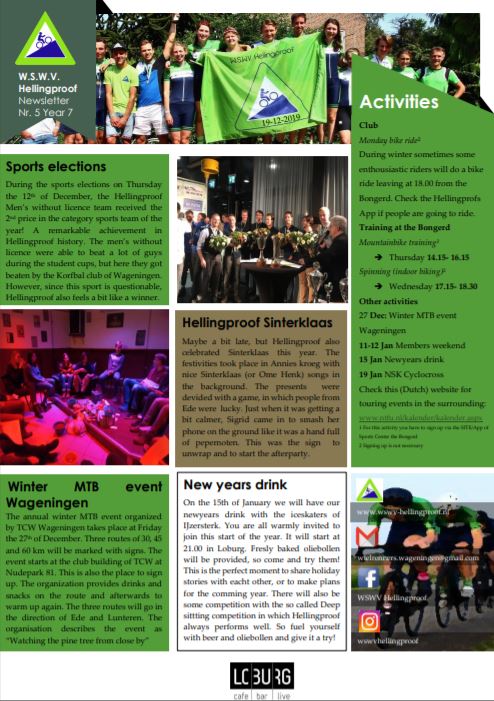