To have an excellent start of the year, we had our annual new years drink with our friend from IJzersterk at the 9th of January in Loburg. Off course the occasional snacks like ‘oliebollen’ and ‘appelbeignets’ were provided. After everyone had joined (except Bahlana), it was time to start the most prestigious contest of the year: the ‘deepsit’ competition. It was a very exciting contest during which again Hellingprofs showed that they can beet the ice skaters at their own contest. However, Els’ amazing technique wasn’t enough to keep Kerstin from IJzersterk from grabbing the win in the women’s contest. 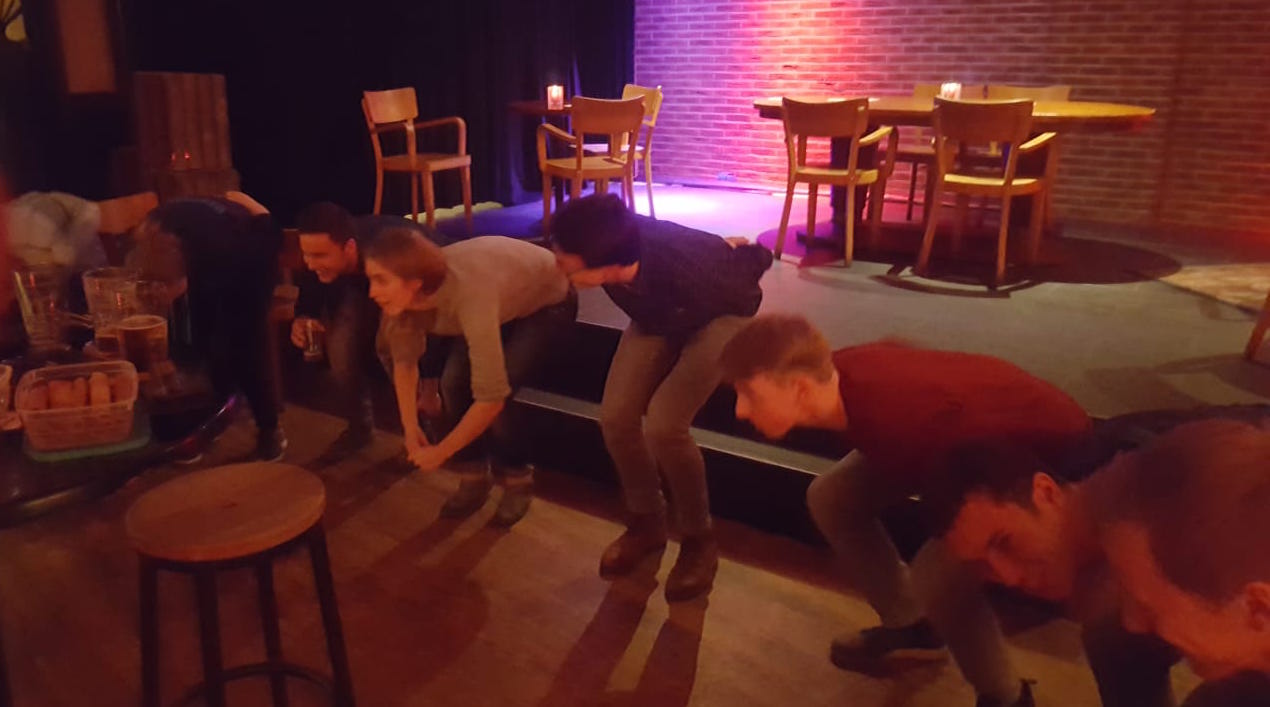 Els trying out her new technique, but unfortunately she didn’t succeed

The men’s contest was rightfully won by the one and only Talis Bosma with a time of 7 minutes and 30 seconds! 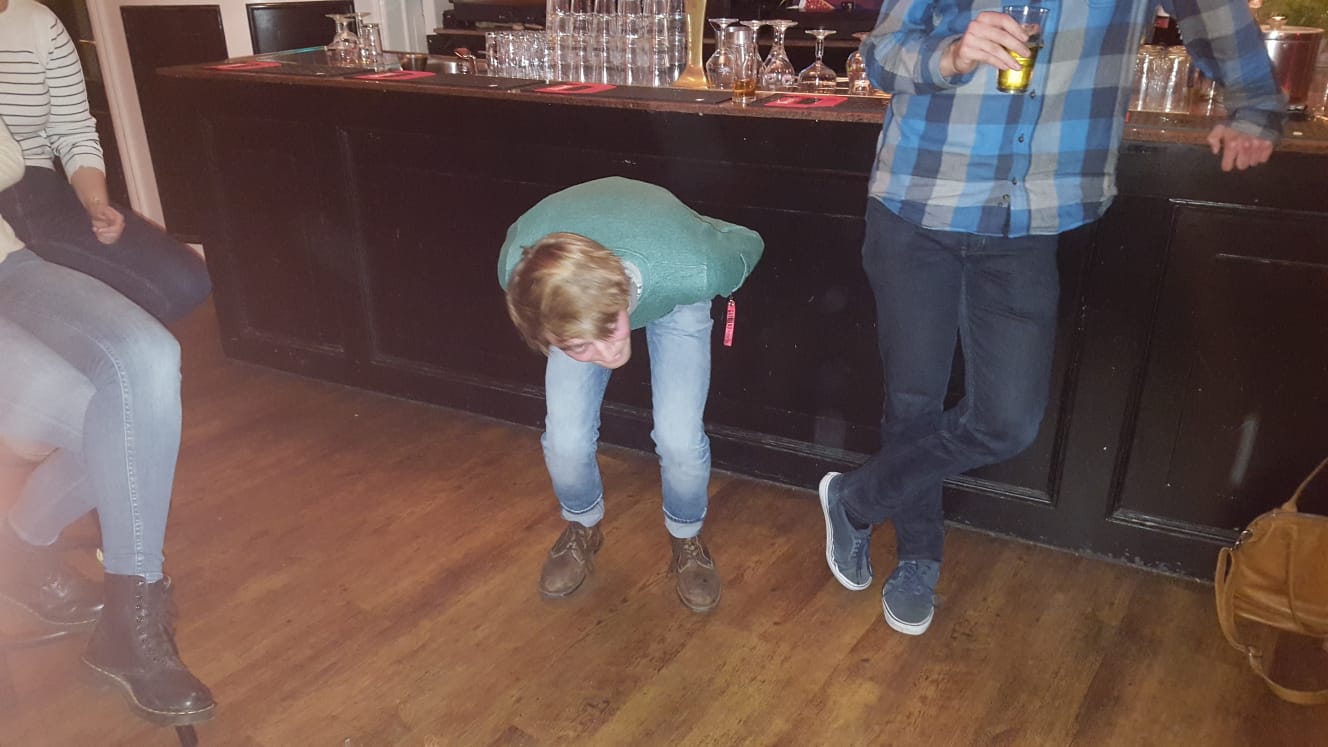