At Tuesday 13th of November, we started our Lustrum activities with an opening party at Annies Kroeg. The evening started well with the special reveal of our new loan bike. Everyone who wants to try out cycling with Hellingproof during the start of the new season can enjoy this beautiful bike. 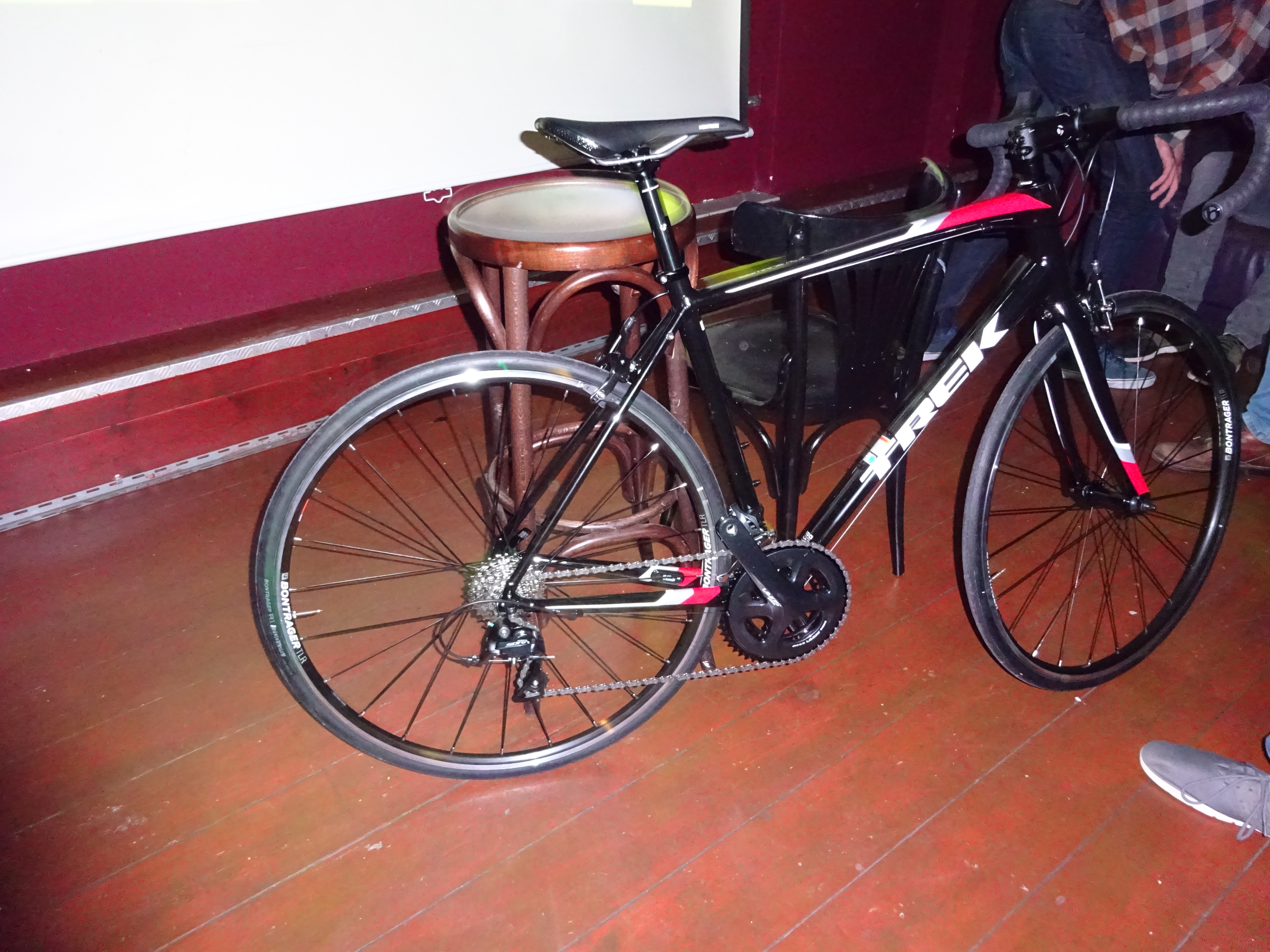 After everyone was finished admiring the bike, people started to play fun games with each other like ‘Stef Stuntpiloot’, ‘foosball’ and ‘beerpong’. However, it is not possible to describe the fun the Hellingprofs had that evening in words. Therefore, we will show it with some nice pictures: 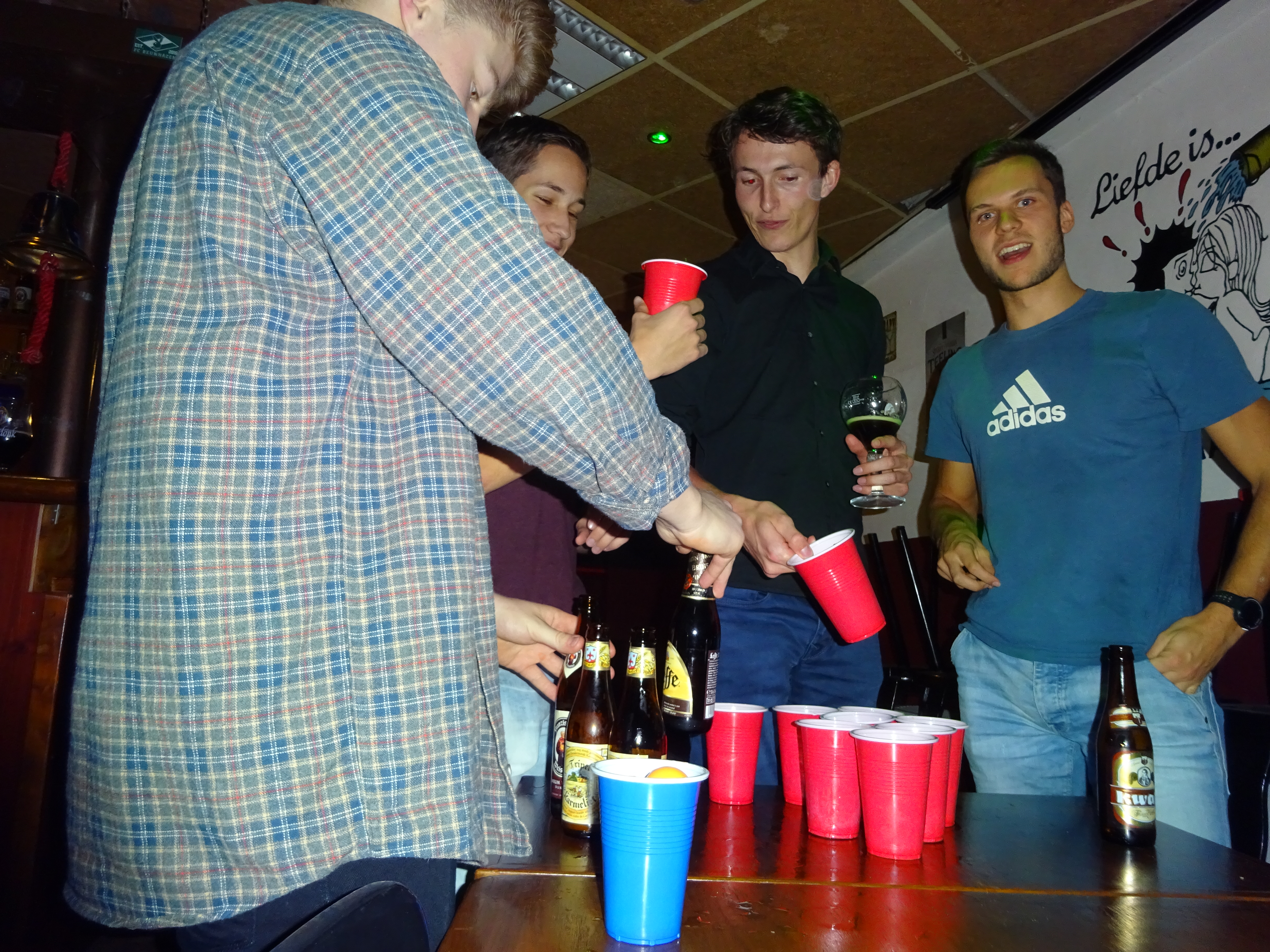 As always, Hellingprofs are training for the next beerpong tournament that is coming up 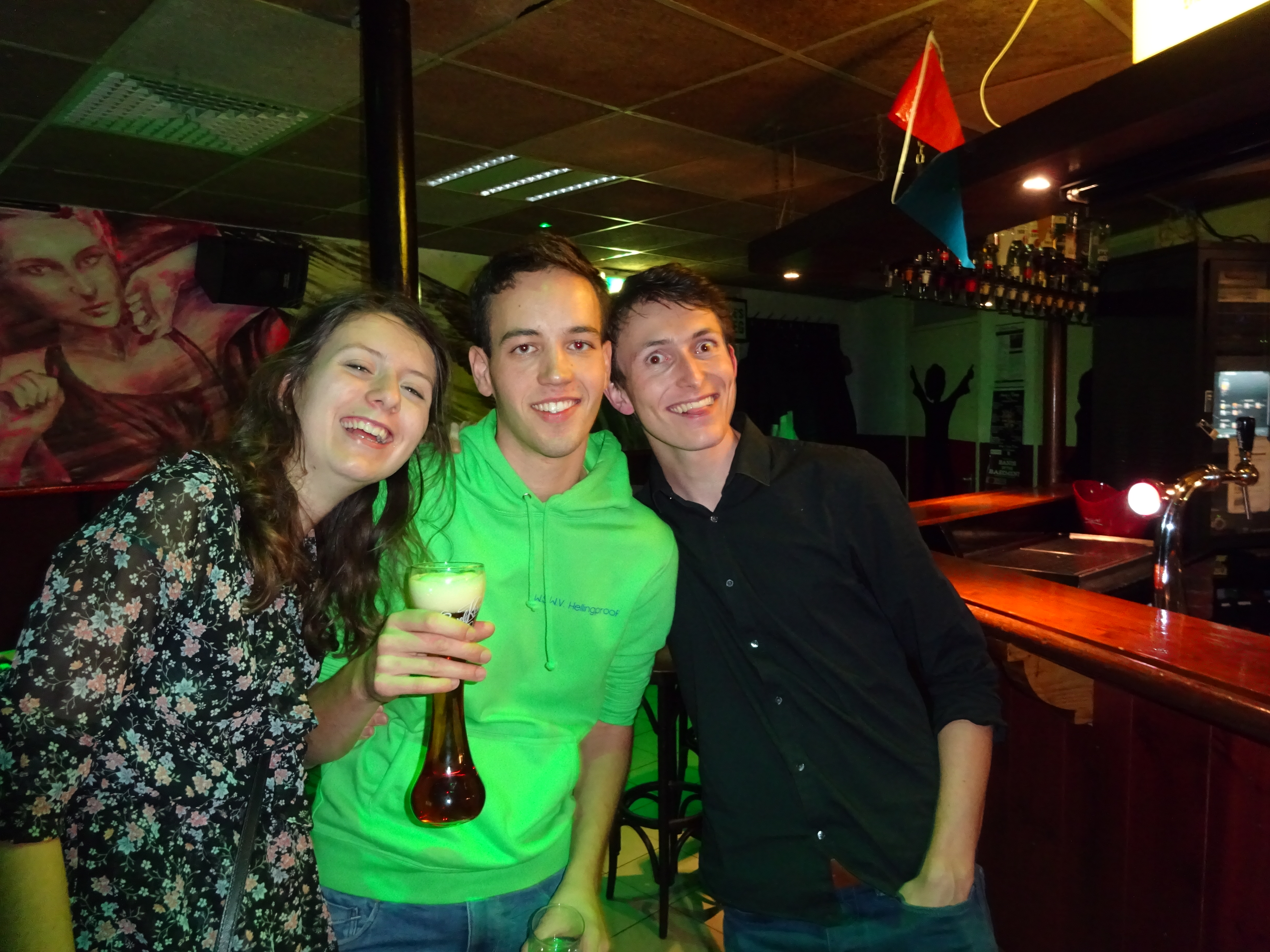 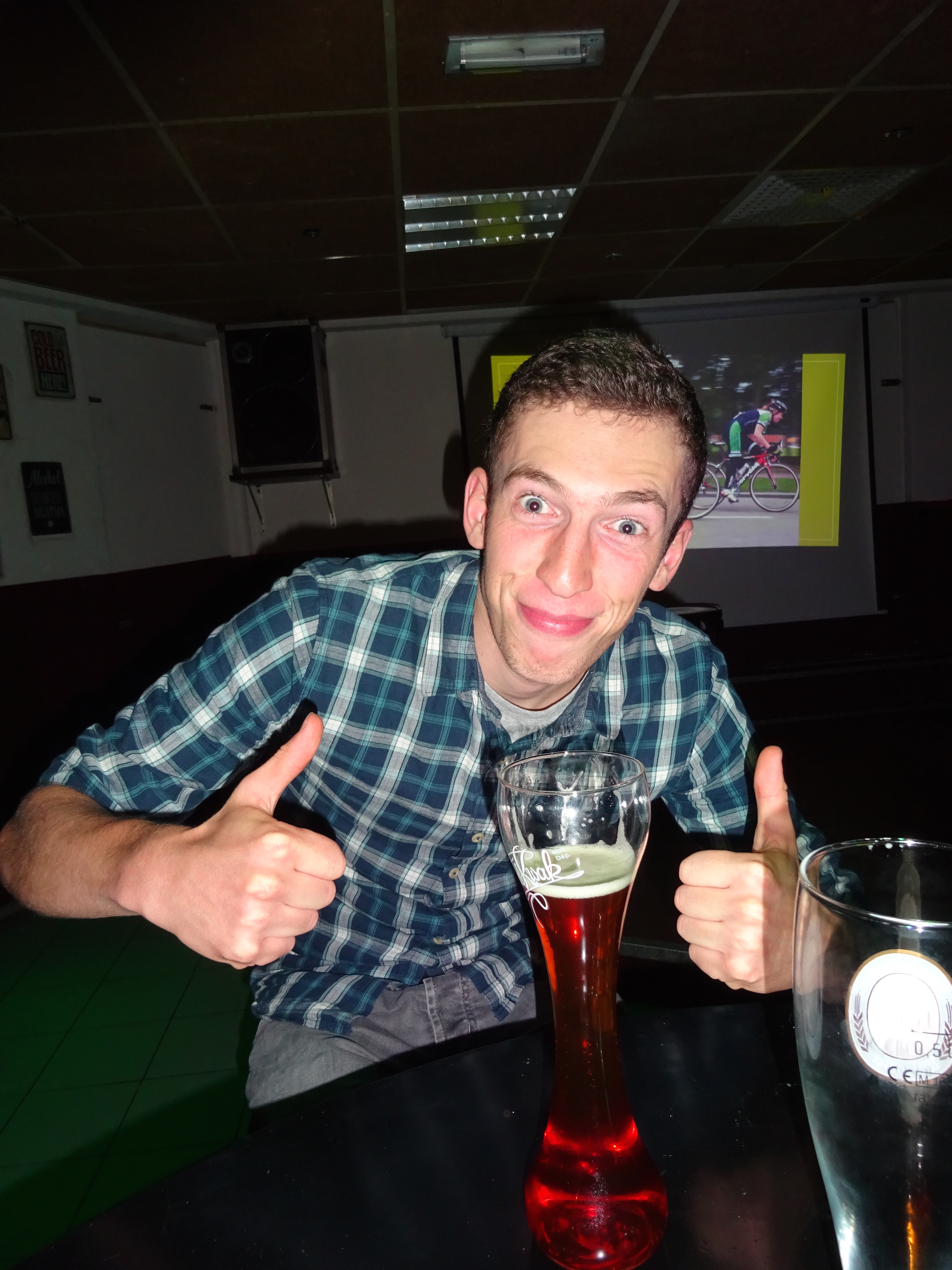 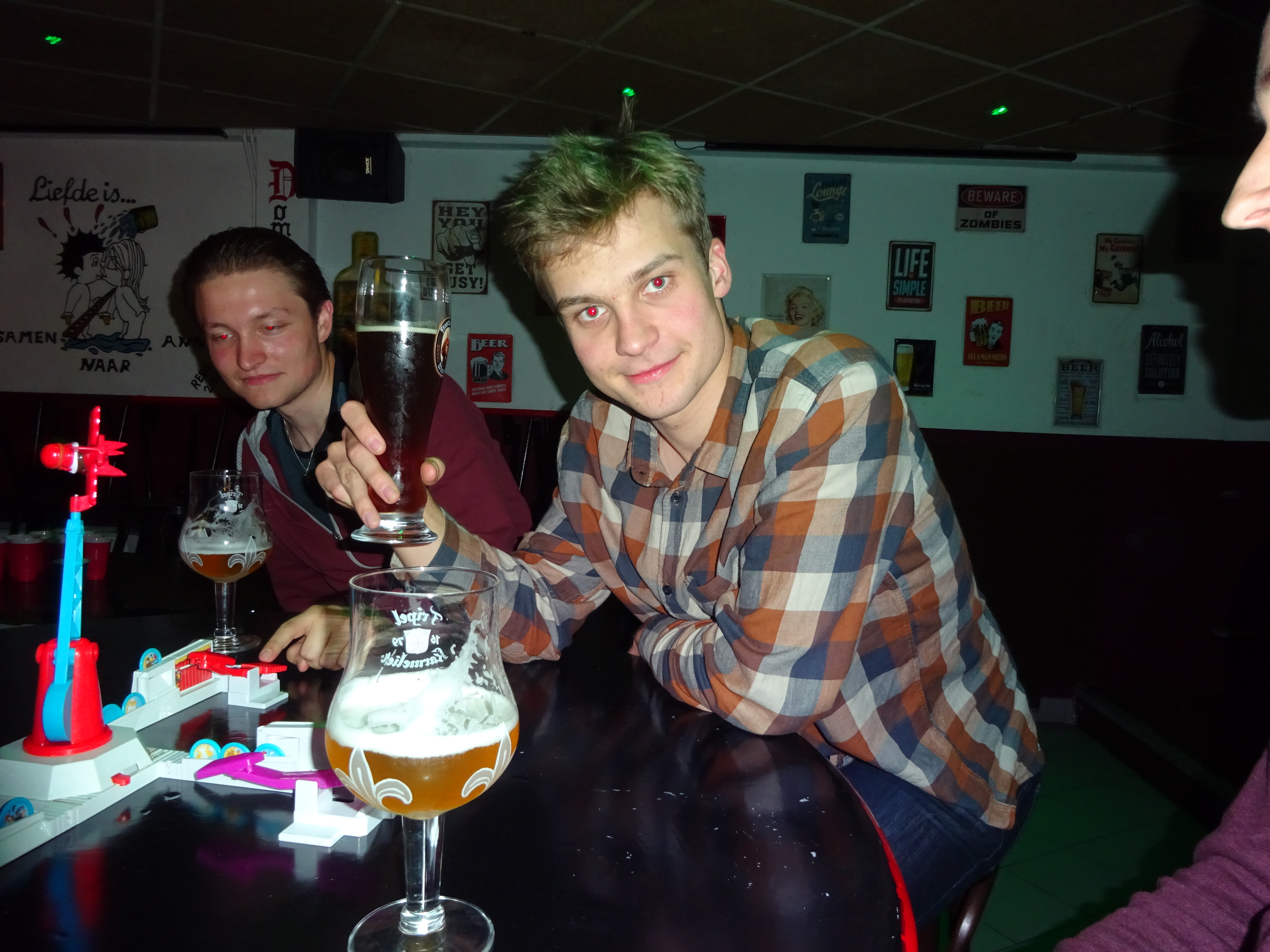 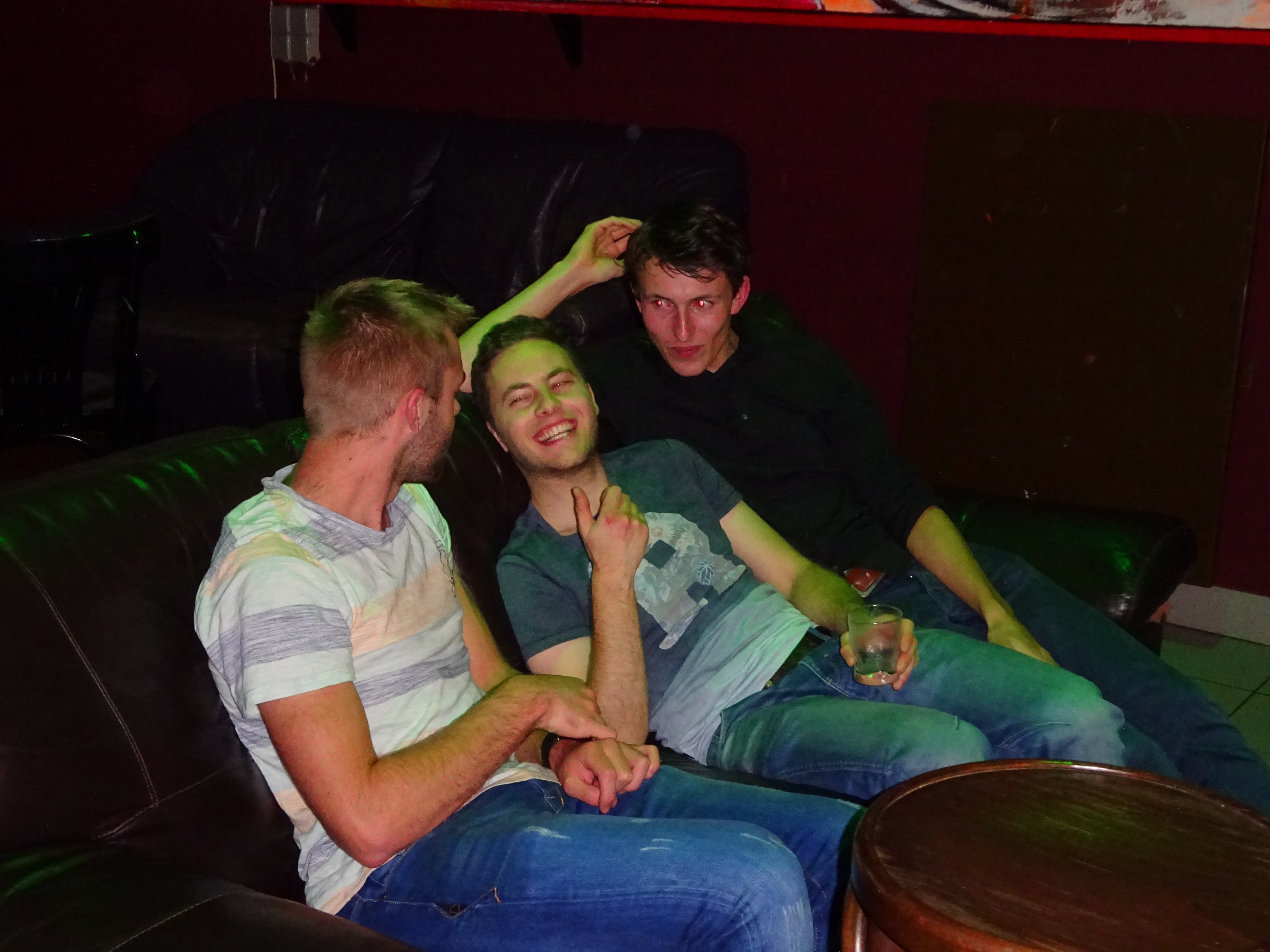 Bart telling a joke, Robin laughing but Alger finding the joke quite offensive

The day after, everyone could recover from the night before by the special Lustrum spinning lesson from Filip. Almost the entire spinning room was full of Hellingprofs so we are very proud of the turn-out, showing that our association has grown a lot over the past years! With our own (Sigrids) songs, everybody had a reason to push it to the limits, while being motivated by Filips encouragements. Unfortunately, not all people in the Bongerd could enjoy our songs as much as we did 😉 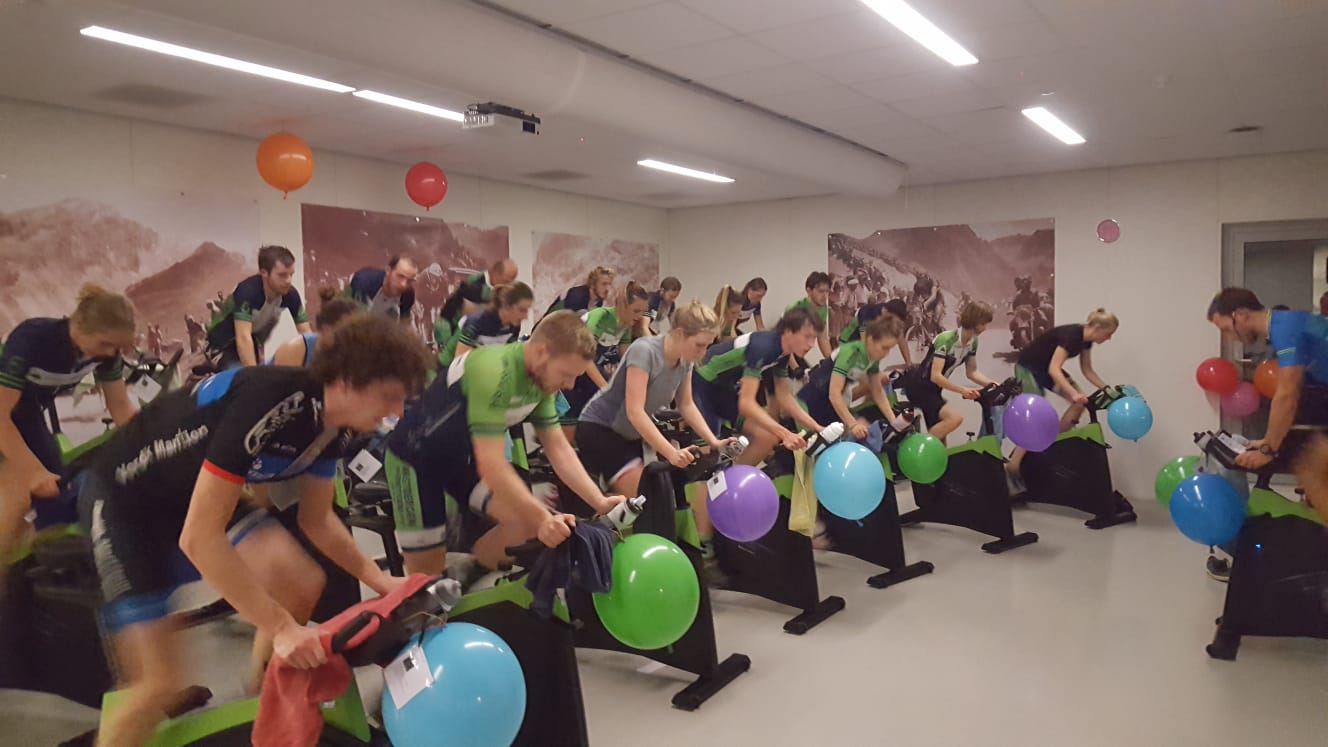 Filip breathless while trying to shout over his own music

After the spinning lesson, there was a drink with our friends from IJzersterk. Our birthday party was of course celebrated with cake.

The Thursday of the first Lustrum week, some Hellingprofs had the opportunity to join an escaperoom experience in Wageningen. There were two different escape rooms: the crazy farmer and the prisoner of war. The crazy farmers were very dedicated to prevent the ‘crazy farmer’ from destroying the world by his dangerous invention. Because of the astonishing teamwork, this group was the first team getting out of their escape room. The other team had more trouble in their ‘war bunker’. At a certain time close to the end there was an error in the escaperoom, but they still managed to get out in time.

However the crazy farmer team had to wait a very long time for the other team, so they started to play a nice game of pool to kill the time. They almost managed to finish a whole pooling competition while waiting. 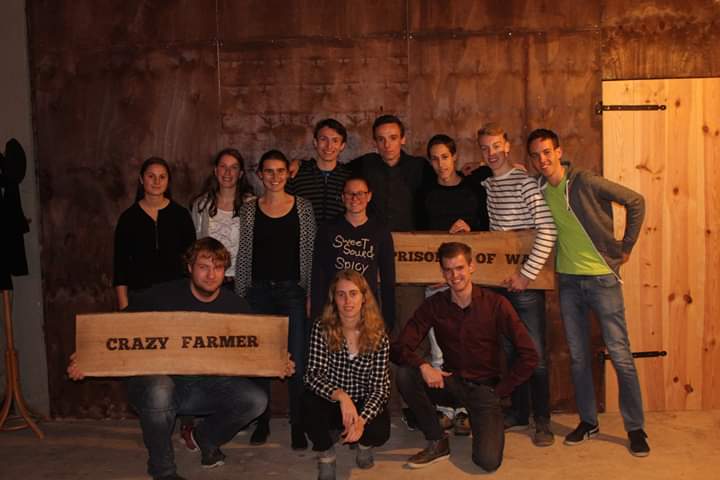 On the 18th of November we had our special lustrum ride. Although all the side activities were very nice, as a real cycling association you must host a special ride to celebrate your lustrum. There was only one place where you could go during such a special occasion: The Posbank. So, on a bitterly cold morning we started our journey with a group of about 15 people (rather conspicuously the female-male ratio was 0). Although it was really cold, the sun was shining brightly and after a while it became quite comfortable on the bike (some people disagree though). Eventually, we reached the gigantic summit of the Posbank and we decided that we needed to celebrate that as well with a cup of coffee and some cake. Bravely we decided to sit outside, but that was probably not so smart. When we got on the bike again everyone was frozen to the bone. After a few hours riding we reached Wageningen again and we could look back upon a very nice day. 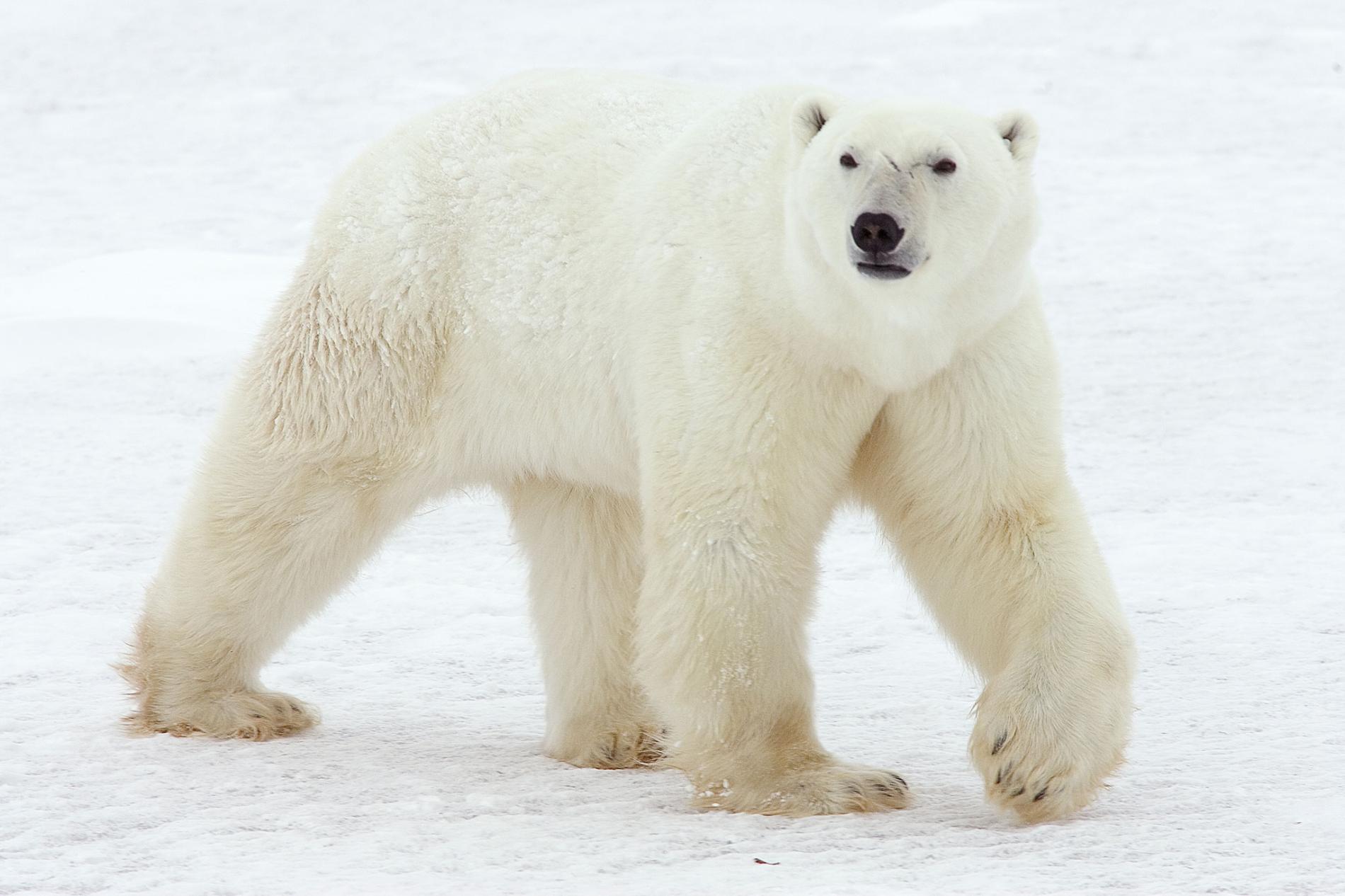 No photos were taken during the ride. Therefore this polar bear is shown, who nicely reflects the terrible cold that was conquered that day

The second Lustrum week started with a special Hellingproof pubquiz at Loburg. Beforehand, a special guest was announced and rumours were going around on who it was. People were thinking about Annemiek van Vleuten, Casper, or maybe even Jan-Willem van Schip. However no one guessed it right, because the special guest was even better than anyone could have ever imagined: it was Sinterbaas! 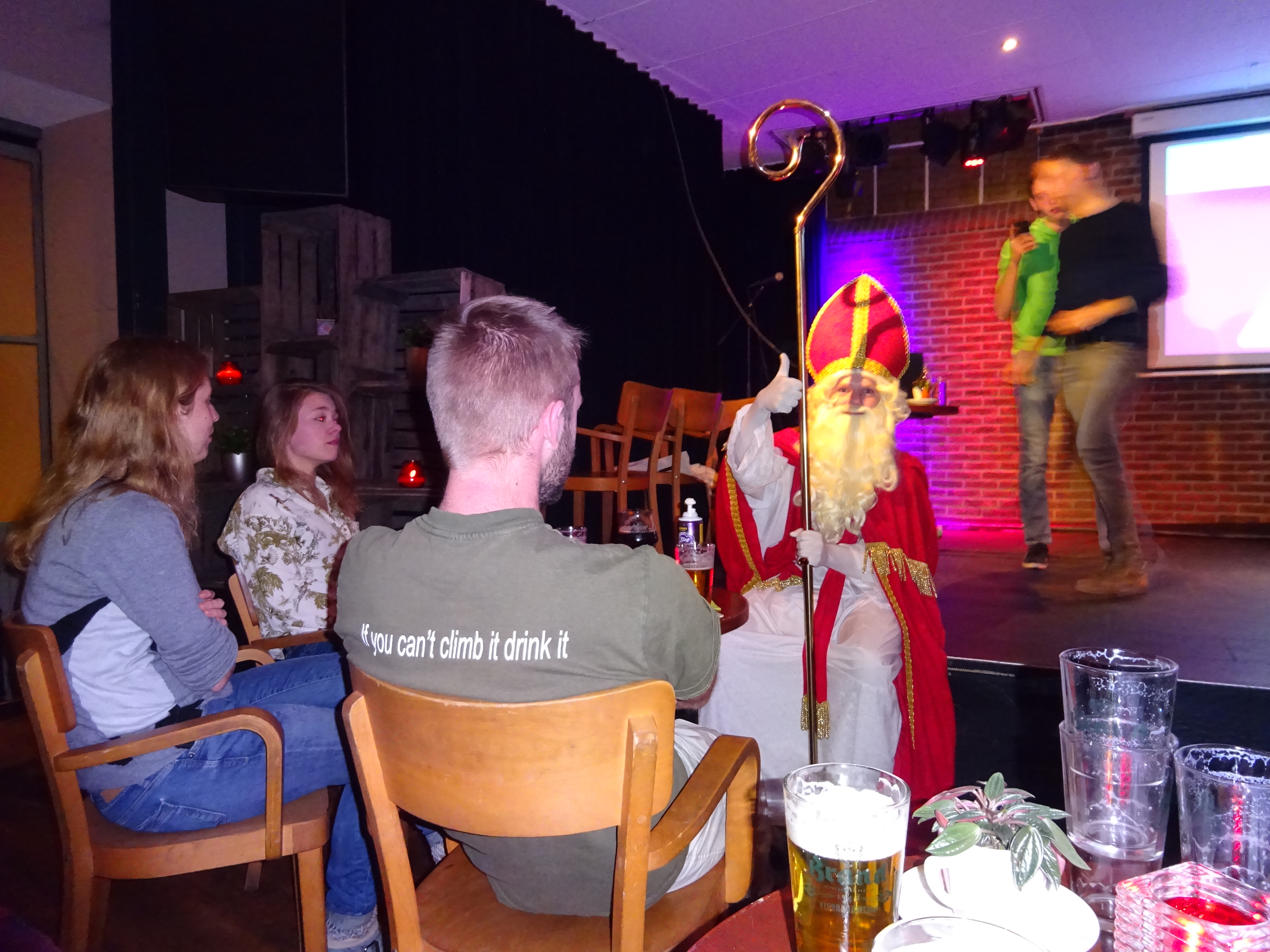 It was an exciting pubquiz, and it was a ‘neck to neck’ race with some teams competing for victory. Eventually, one team did so well in the last round that they ended up in the lead with 69 points, way ahead of the second place. 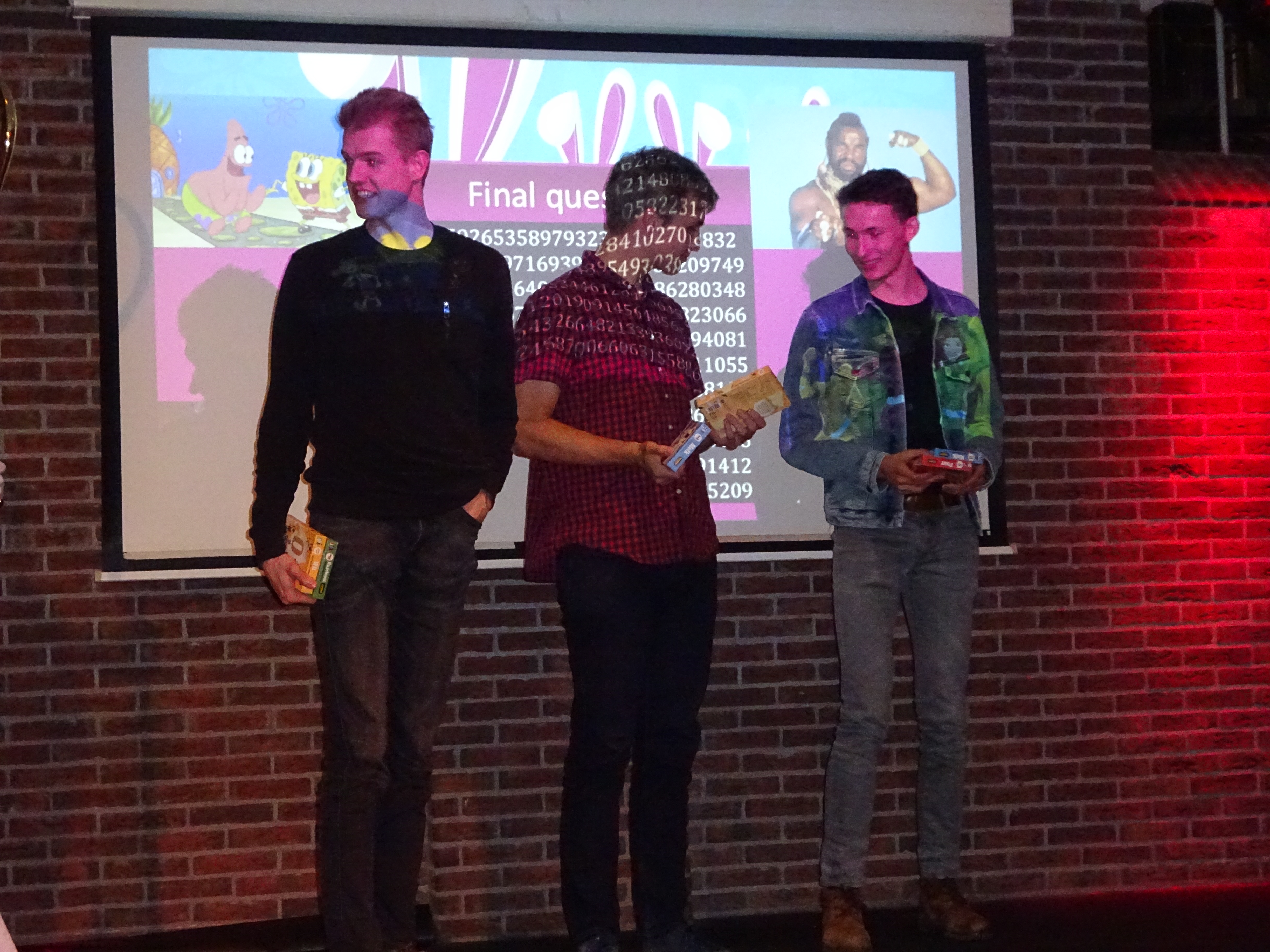 The final activity of the Lustrum celebrations was the fancy dinner at Villa Brutus in Ede. As cyclists, of course we went to Ede by bike, with a peloton of 33 Hellingprofs. Some of our earliest members who were joining the dinner said that they could remember the times when Hellingproof didn’t even exist out of 33 members. After this emotional moment of realisation what had become of Hellingproof, it was time to eat our bellies full. 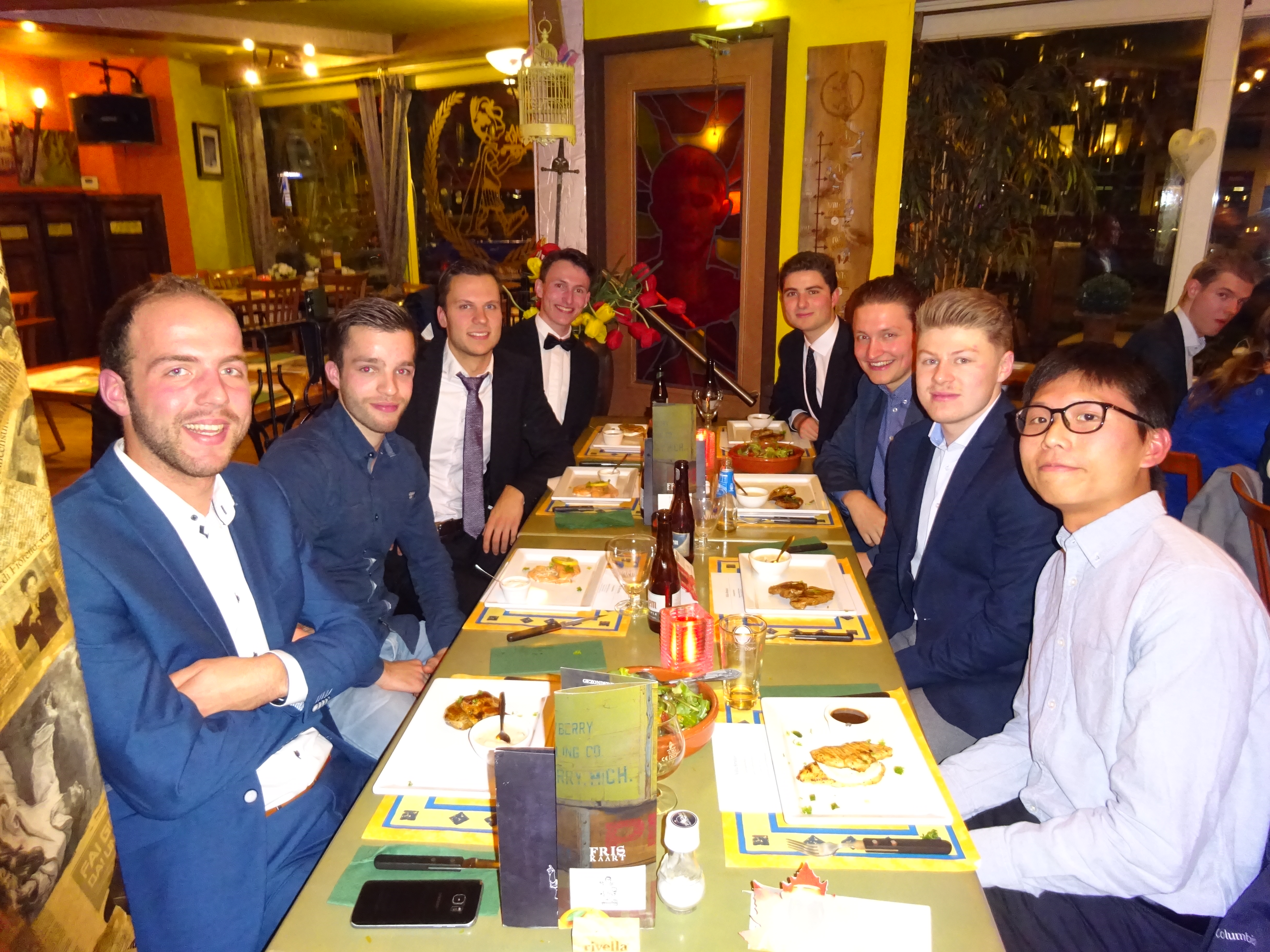 The new Hellingproof camera is of such good quality that even Rutger can keep his eyes open and smile on a photo! 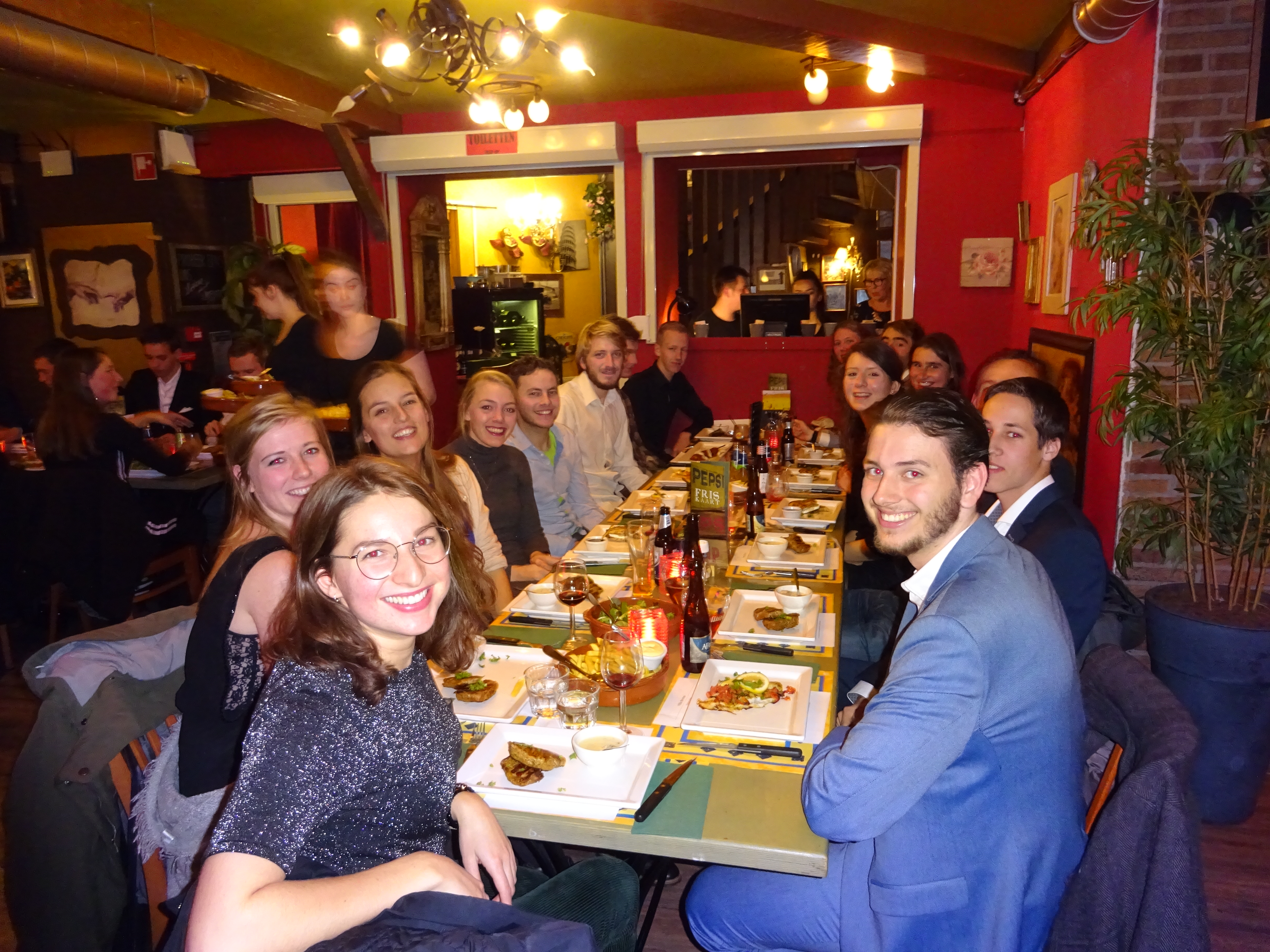 Proof that Villa Brutus was crouded with Hellingprofs during the dinner 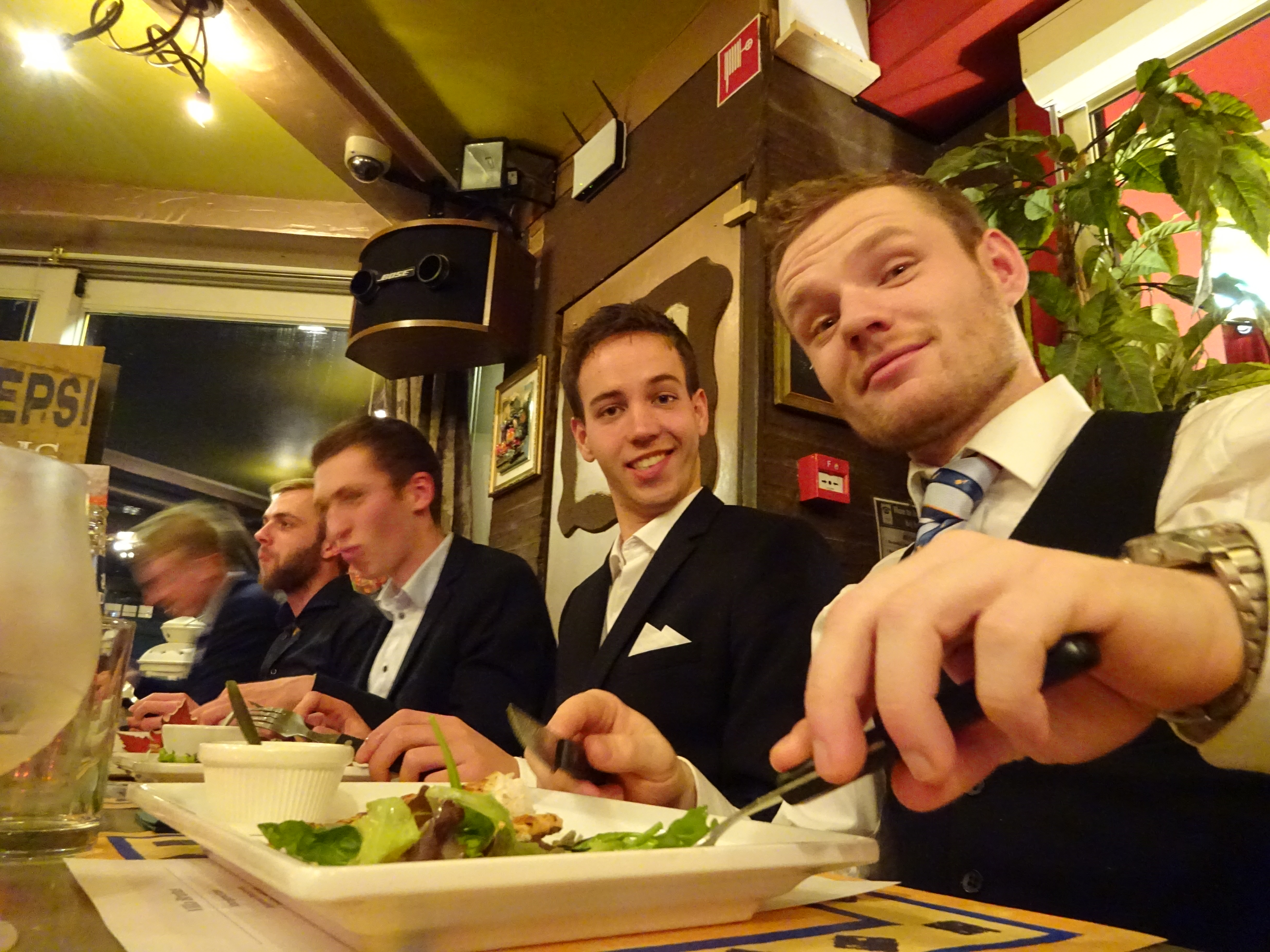 Harmen and Gijs delighted by the sight of their appetizer 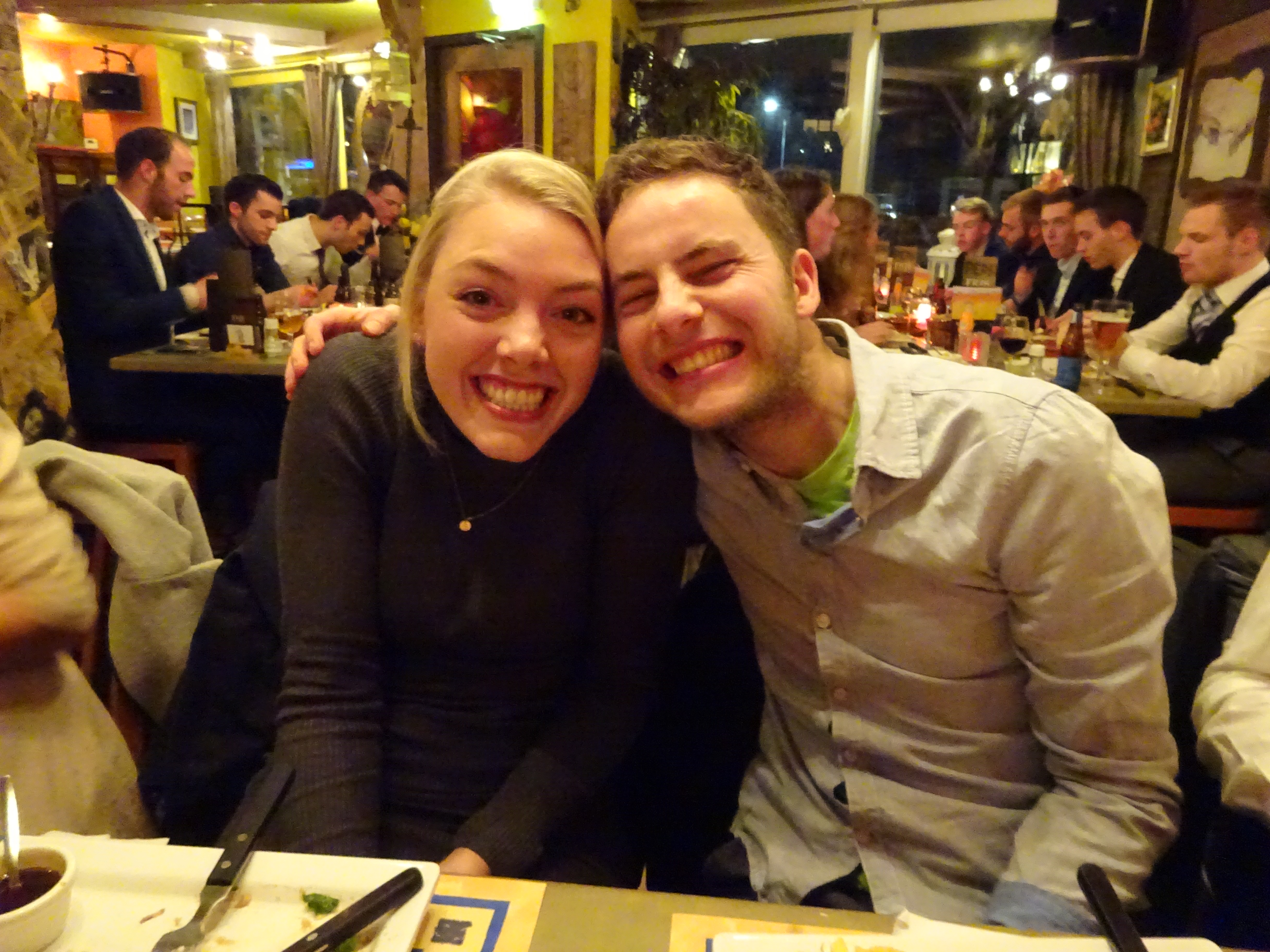 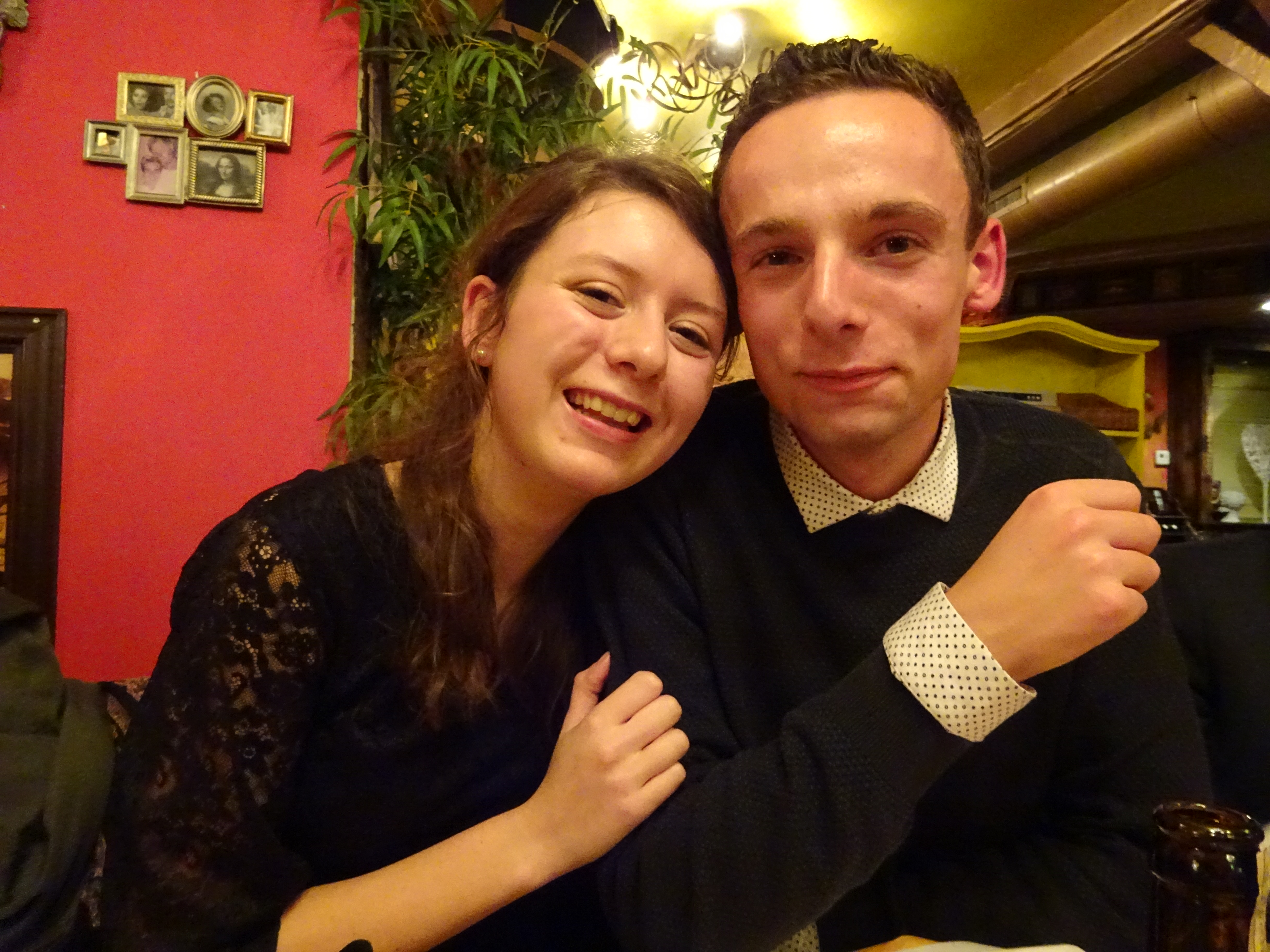 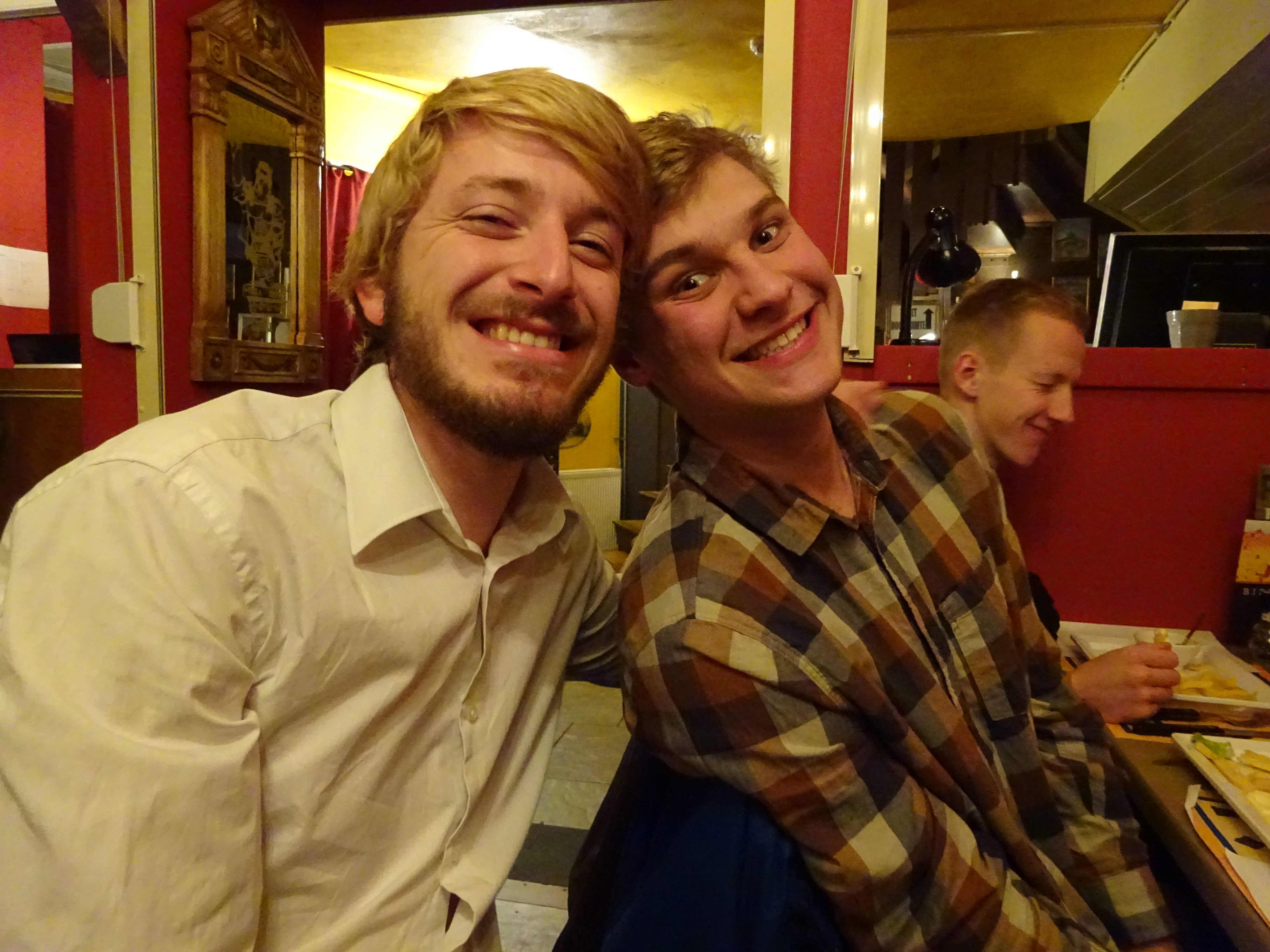 After the dinner, the moment occurred where everyone waited for during the whole evening: the distribution of our first Almanak! Of course the first ever members of Hellingproof (Bart and Harmen) had the honour to receive the first Almanaks. 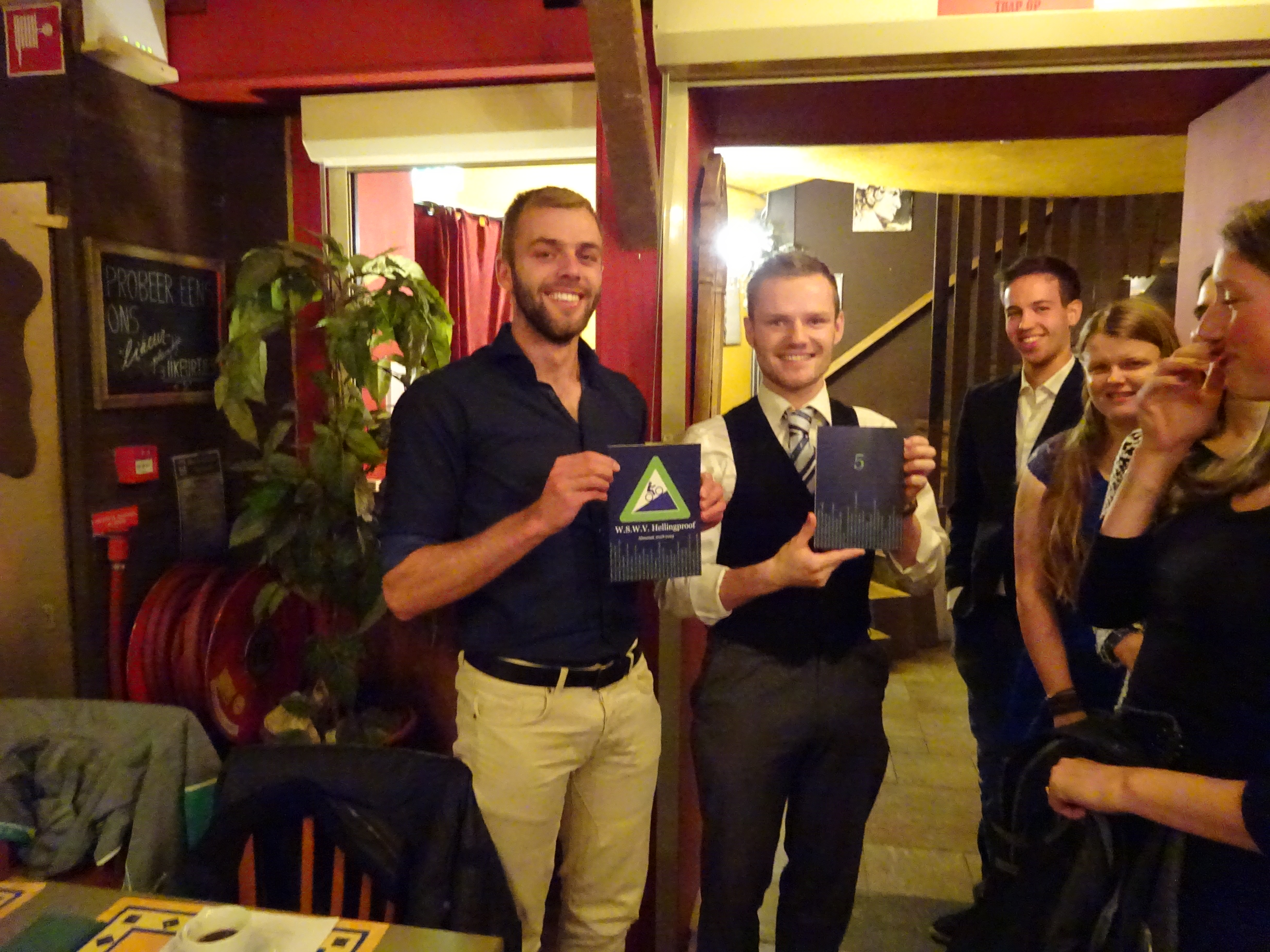 The Lustrum committee and the board were very delighted to see how many of us participated in all the Lustrum activities. We had a great two weeks and hope to see you all during our next Lustrum, which is only still 1810 days ahead of us!