The biggest race of the year was there again. All the hard work that was done over the last season had to pay off now. Everyone was determined to let every pedal stroke count. Who would get the eternal glory to ride in the red-white-blue jersey? First the women without licence started their race. Els, Sigrid and Anouk did everything they could and finished in the peloton, but unfortunately SKITS managed to take the podium all for themselves. Then it was the turn of the men without licence. Hellingproof had a big delegation with Robin, Alger, Bram, Jetze, Jeroen, Onno, Rik and Job and especially for Robin this was the big day. Could he manage to get the leader jersey back and maybe even secure the win? The Hellingprofs did very well to stay in the peloton in very windy conditions, but then disaster struck. Robin found out that his wheel was not tightened properly, and he had to stop and secure his back wheel. Luckily, he could get back behind a car and because of his magic legs he still managed to finish 3rd! Unfortunately, the overall leader won so he did not manage to get the overall jersey back. 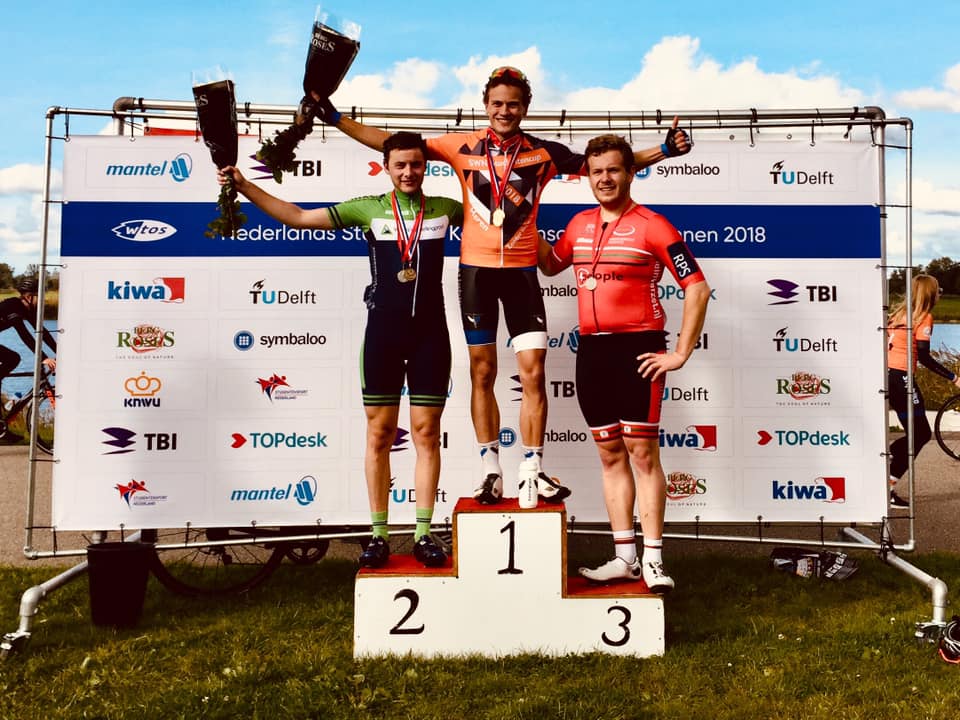 Robin with his nice 2nd place overall in the SWN classification

Afterwards it was time for the men with license to shine with Bas, Bart and Tjalle. Tjalle showed his race wisdom to get in the breakaway that managed to get to the finish first. Unfortunately, he did not manage to get into the top 3 but still managed a respectable 5th. Bas showed he is a bit less smart than Tjalle to get into a ‘chasse patate’ on his own but still finished in front of the bunch as 9th. Afterwards he succumbed on the ground and made for a laughable seen. 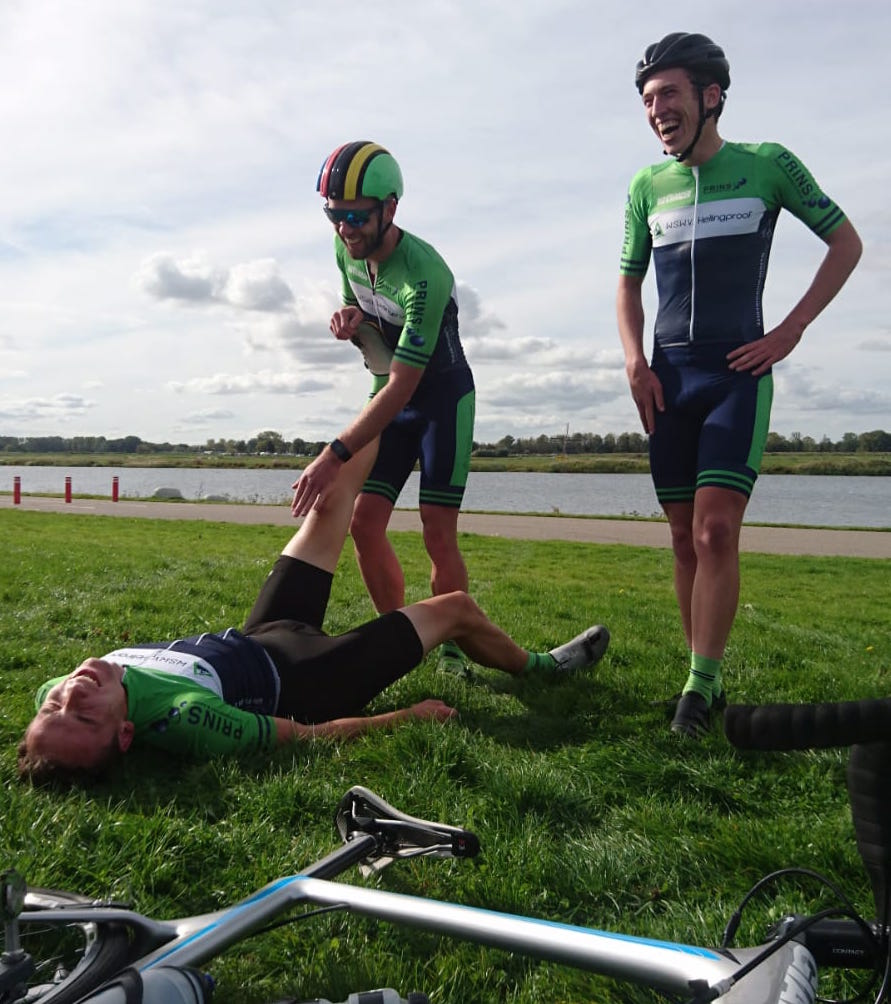 Bart helping Bas after his NSK race, while Tjalle just laughs at the situation

The last race with people from our delegation was the men elite race with Niels and Harmen. Niels prepared excellently by getting out of the bar at 6 the same morning. Therefore, he managed to get into a solo breakaway but, despite the excellent preparation, he could not manage to stay ahead of the bunch. Eventually the race ended in a bunch sprint and neither rider was really able to participate. Despite that we had an excellent day and we treated ourselves with a recovery meal at restaurant the golden arches and another episode of boer zoekt vrouw.