The NSK is the traditional end of the season for the student cup. The race both counts for the general classification as well as for the battle for who can call him or herself National Student Champion. All day riders of Hellingproof have fought for glory in four of the five categories.

The day started with the race for ladies without licenses. Susan was already sure of winning the overall classification and together with Els and Vera she tried to go for the title. During the race Susan was constantly on the first row, despite she did not felt like having a super day. Els and Vera rode their race a bit further in the peloton not taking any risks in the corners. Although some break away attempts it looked like becoming a mass sprint. However, one rider escaped with two km to go and she soloed to victory. Els won the peloton sprint and almost caught the winner on the line. The sprint was 50 meters too short for victory, she now had to accept silver. A beautiful result of someone who is stronger than she knows herself. Vera and Susan became 9th and 11th on the line.

The second category of the day was for men without licenses. Bart was sure of his overall victory, just like Susan, but was very motivated to take the day victory as well. Together with Conor, Bram, Stijn, Martijn, Alger, Rutger and Onno they were having one of the strongest teams as well. During the race this was visible as well. They were represented in almost every break away, with Conor racing very strong. Although some good efforts, nobody could escape a mass sprint. Bart tried but did not have the legs he would like to have and accepted his defeat. Nothing more than 16th place of Bart, 19th of Onno, 20th of Alger, 24th of Bram, 30th place of Conor and a 42nd place of Stijn was achieved. Not the results the men were looking for, but they did show their stripes.

The men with an amateur license were the next category to show up. Bas, Gijs and Robin rode their race for Hellingproof, while Tjalle rode in his home club tenue. Unacceptable according to the ethical commission, they might support a vote against him when suggesting him to become a new board member. Since we as journalists are always neutral when it is in our own advantage, we support Tjalle his choice for some cold beers in return. Over to the race. Bas showed his motivation to sign for the first attack of the day. It was not successful and the guys waited for their moment of fame. Tjalle and Bas decided to go on adventure together and escaped the peloton with five laps to go. They had a nice gap, but the peloton did not let them go. With two laps to go they were caught again. The race ended in a mass sprint without the guys joining in. Bas became 40th, Robin 61st and Tjalle 75th. Gijs did not finish the race, but he was the centre of joy during the race due to his never ending smile.

In the last race Niels was the only rider to compete for Hellingproof. He did not believe in victory, but promised to give a nice show during the race. And that was what he did. During the first laps he waited in the back of the peloton, while the crowd became impatient. What happened to his promise? After a few laps a three men break away escaped and had a nice gap. Niels saw the danger and bridged the gap alone in less than half a lap. For the first time he looked like Thomas Voeckler, with the difference that is was not a choice, just a result of the effort. With four riders, and later on three since someone dropped with a flat tire, they rode half of the race in the lead. If the other guys in the break would have cooperated better they were going to sprint for victory, but now they were caught with four laps to go. In the resulting laps Niels could not make the difference anymore despite trying. Defending champion Adne van Engelen escaped in the last lap and soloed to victory. Niels did not join the sprint and became 24th in the end right after former professional cyclist Bart Buijk.

In the end we can be very proud with the way that we have raced. We are very proud being one of the strongest teams represented in several categories. It is a joy to see everyone racing with their heart and not always with their brains. This does not always give the best results on the line, but it gives the most satisfaction. Via this way we once again would like to thank and congratulate Els in particular and other riders as well for being part of the Hellingprofs and proudly representing Hellingproof at the NSK. And huge credits to Sigrid for her all day support!!! 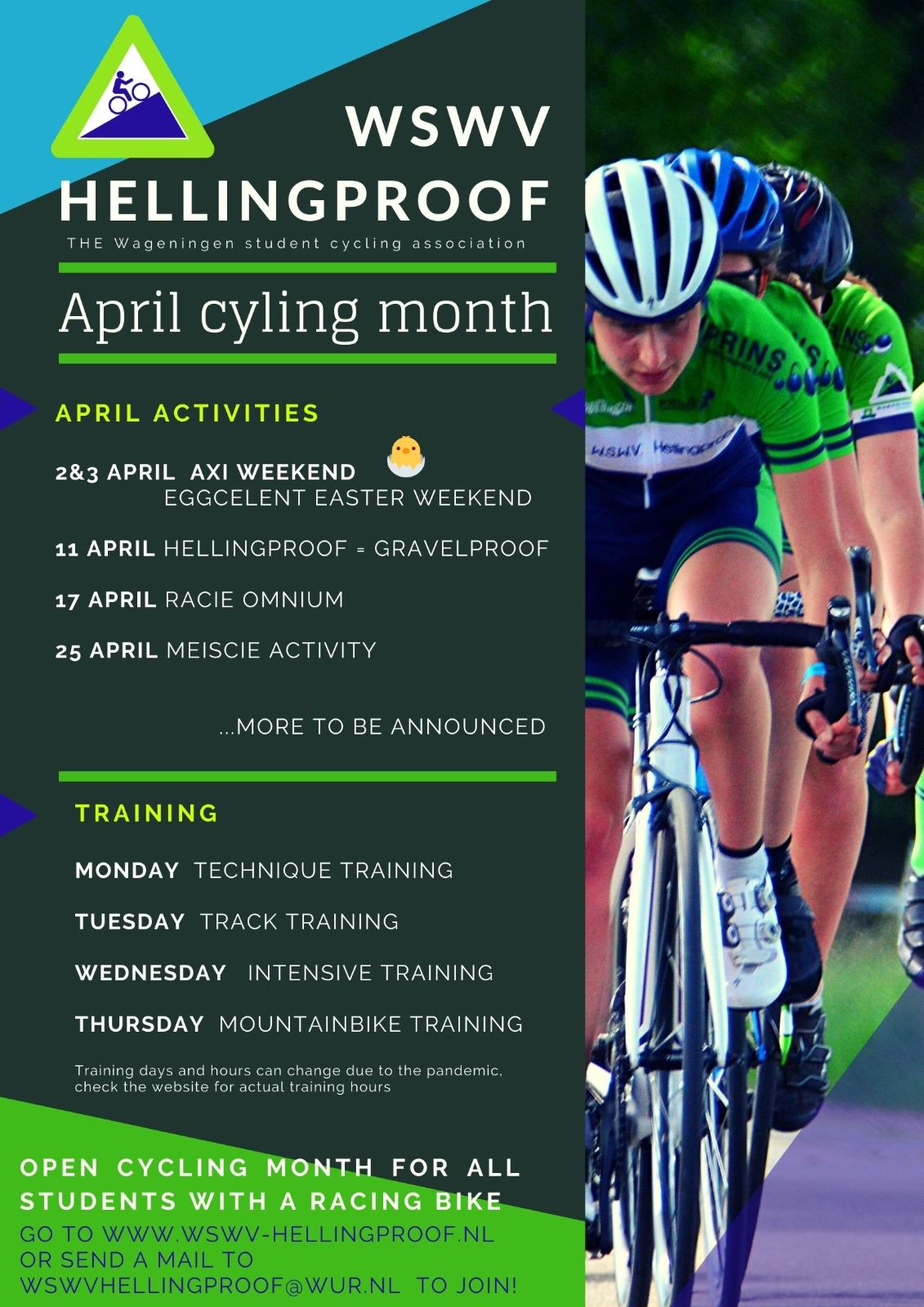